Spend time with those you love. One of these days you will say either, “I wish I had,” or “I’m glad I did.” – Zig Ziglar

Being the parent of a toddler can sometimes be tough. Somewhere in the middle of the three thousand and fifth diaper change, or the eighty seventh tantrum in the middle of the road, one can lose perspective! Last week, my husband and I spent time with a couple who placed a high value on family life. The wife had given up her job to stay at home and look after the kids. They had invested hours, days and years into bringing up their three boys. What a price, but what returns! Their children are one of the three nicest young men I have ever met.

Time spent with your children will never go to waste. So put the TV off, switch off your phones and go down to do this fun messy activity with your kids! 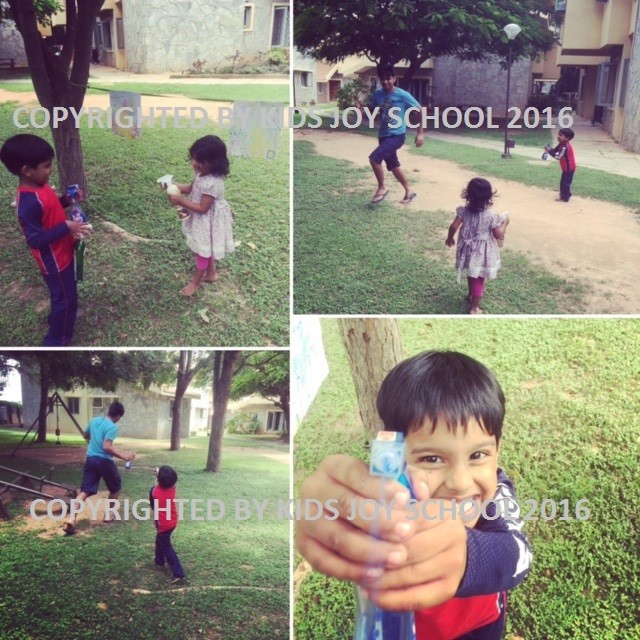 All you need is a few empty spray bottles, paints and papers. I must confess, the final artwork was not that great, but the fun we had was immeasurable and worth it all! 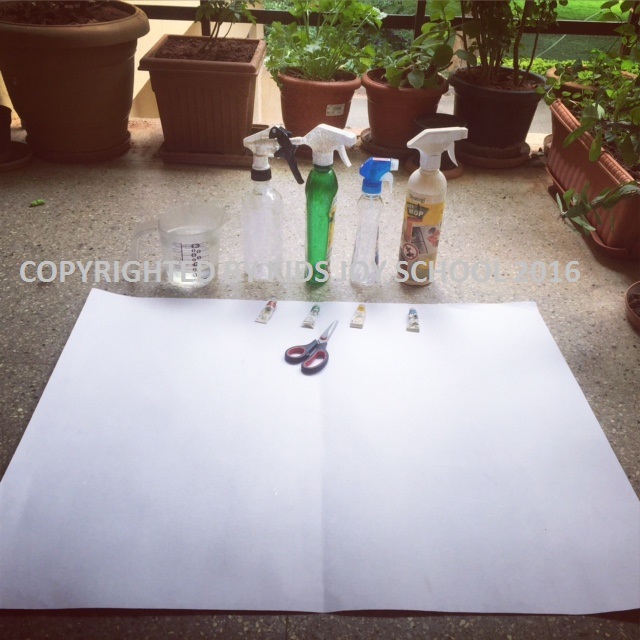 We strung a ribbon between two trees and then stapled the paper onto it. I never realised how much fun playing with a ribbon would be. The kids were so excited just running around the garden with the ribbon! I thought, I should really stop buying them fancy toys and just give them simple things to play with and see what they come up with! 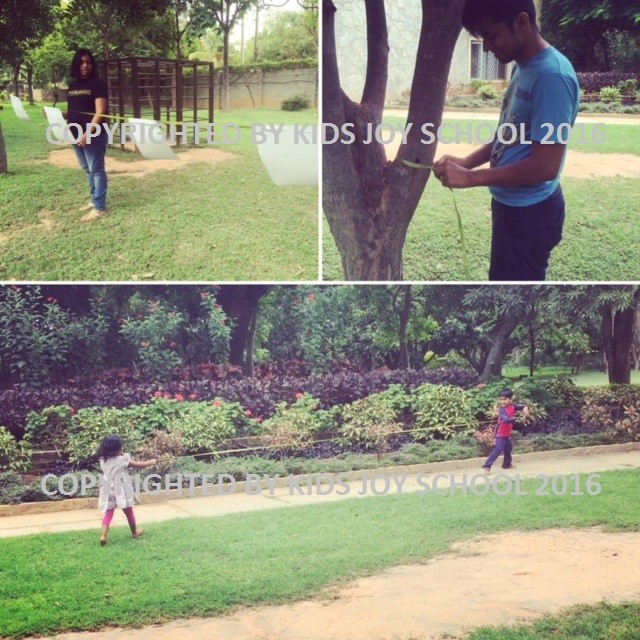 I poured a little paint into the bottles and mixed it with water. The kids were then designated to carry the bottles to the painting area. I’ve noticed that even the smallest ones love being given a task to do and it helps strengthen their self confidence and self worth. Even though its just easier to do it all myself, I find getting them involved even though I may have more mess to deal with, is worth it in the long run! 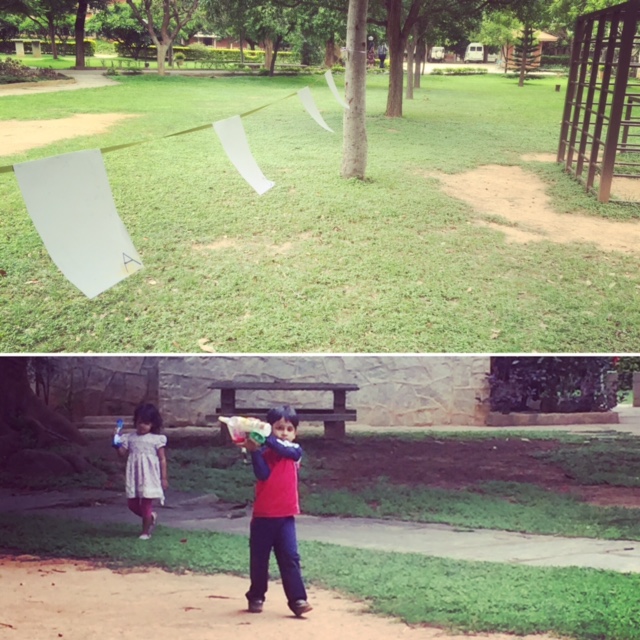 Once we got everything, we started spraying. I wrote each person’s initial on the paper, thinking that each one would have their own artwork, but we ended up just randomly spraying colour on the different papers.

My son had a blast. He was so excited about pressing the spray bottle and colour coming out! Obviously it didn’t stay on the paper. He and his father ended up spraying each other and running all around the garden! 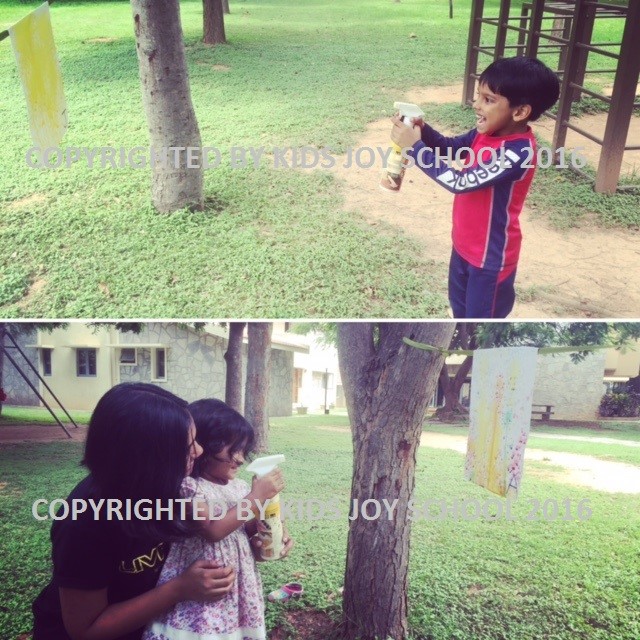 My two year old took a while to get a hang of it. She just wasn’t able to hold the bottle and pull the trigger to eject the spray. I realised what a great activity it was to strengthen their motor skills! I sat with her and helped it and once she got it, she squealed in delight! That one look on her face was completely worth the effort involved in putting the activity together! 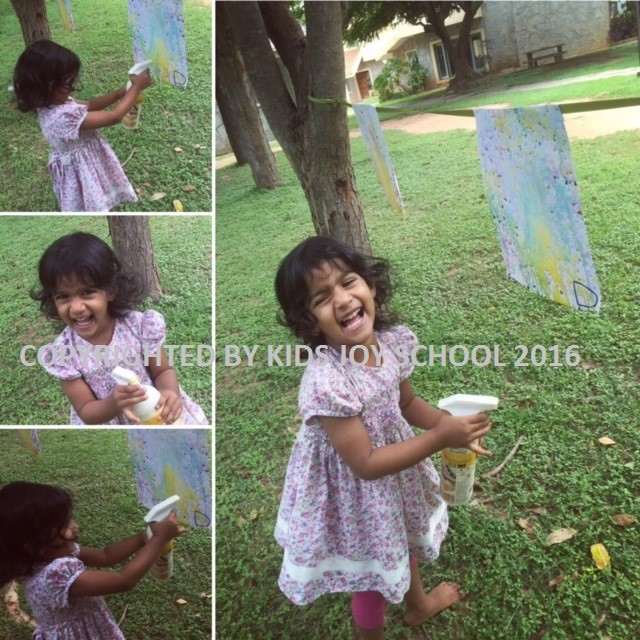 Once they had completely covered the papers with paint, we moved to the other side since they wanted more!

Overall, it was a really fun time and we parents had a blast too! 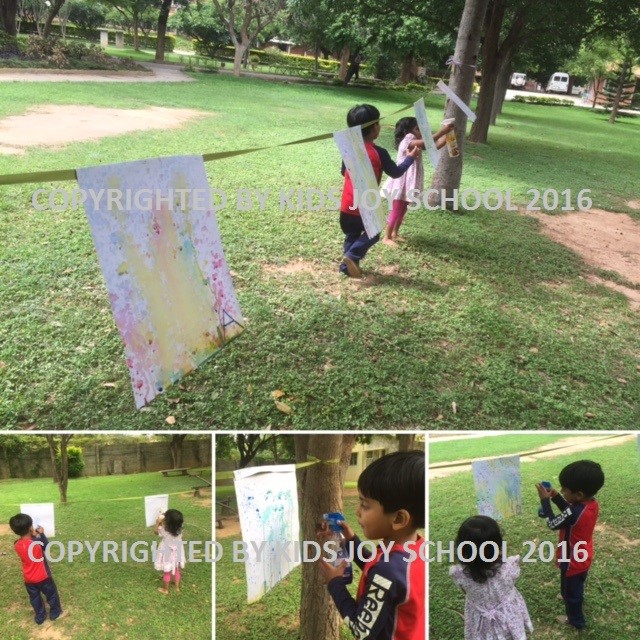 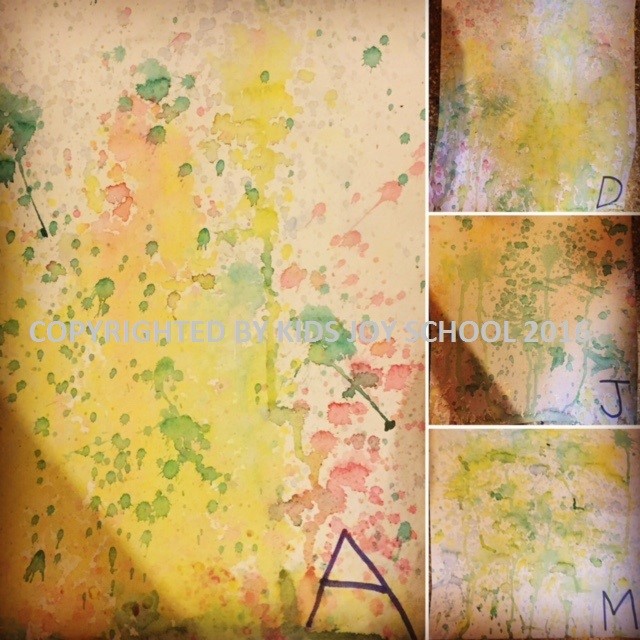