The value of play is one of the most underestimated things of childhood. By playing, children are not just wasting their time, but they are developing – intellectually, socially, physically and emotionally. Their gross and fine motor skills are strengthened, their creativity is expressed exponentially, they learn problem solving and to communicate and interact socially with adults and children, they express their fears and joys in a safe environment and their concentration, perseverance and self confidence is built up. Much more than sitting in a classroom and learning these skills, they learn all these things in a wholesome way through playing with toys. In fact playing is so important for kids that the UN has listed it as one of the rights of children!

Nowadays children are so used to the fast paced mindless entertainment of the television and other devices that their minds have got dullened and they can hardly play for a few minutes without the inevitable, ‘Im bored’! So many parents have resigned to switching over from toys to devices! This is not just a small problem, but an epidemic world over. But we as parents and caregivers to our children, can make that choice to stop allowing their minds to get wasted, but developed to its full capacity by introducing them to the wonderful world of toys. Initially it may take a while and patience on the part of the parent to sit with the child and help them to play. But once they get enraptured with the world of play, you’ll be so grateful you did it.

This post has been something I’ve been wanting to put up for a long time and what better time to do it than the season of gifting! I’ve put together a list of great toys to buy pre-schoolers. Much better than clothes that last a couple of months and then are outgrown, buy kids toys that not only can they spend hours playing, but also strengthens their brain development and has so many other positive long term effects.

I’ve listed a few toys below along with the amazon link and cost (as of December 2016). But these toys can be found in local toy stores as well.

Children absolutely love this toy. They see people cooking in the kitchen everyday and they love to imitate. It opens them to a world of make belief play and is so great for imaginary play. This is a must have toy, not only for girls, but boys too! 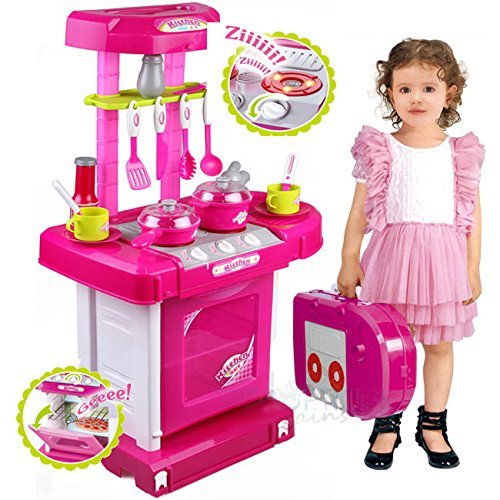 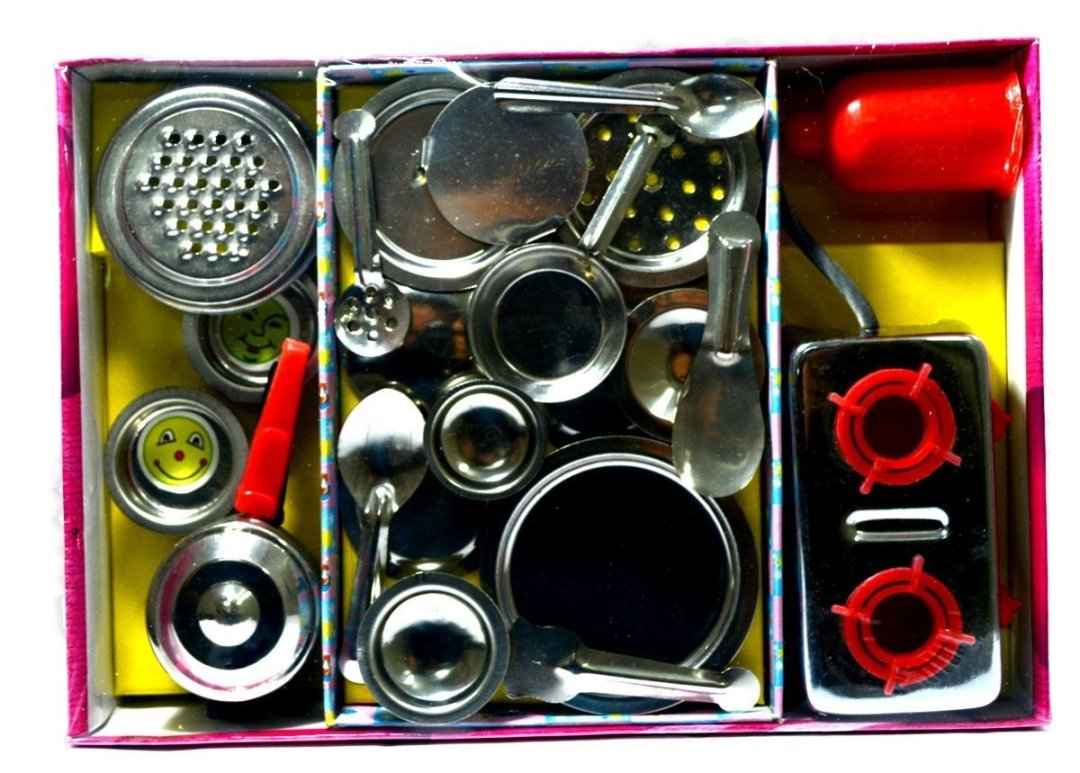 Puzzles are one of the best toys for children of all ages. It teaches them logic and reasoning skills, helps develop concentration and perseverance. If your child has never done puzzles before, don’t overwhelm them with a 60 piece puzzle, but start small with 2 – 5 piece puzzles and then slowly start increasing the complexity. Its very important to sit with the child when you first introduce them to puzzles and show them how to do it and encourage them when they start figuring it out. Try and buy puzzles of things that they are already interested in, for example animals, winnie the pooh, spiderman, etc. This will really motivate them to complete the puzzle and see the picture. There are lots of options available online. 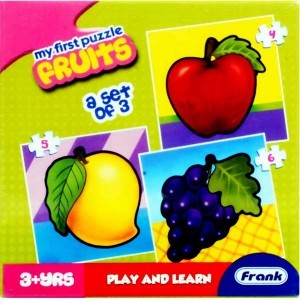 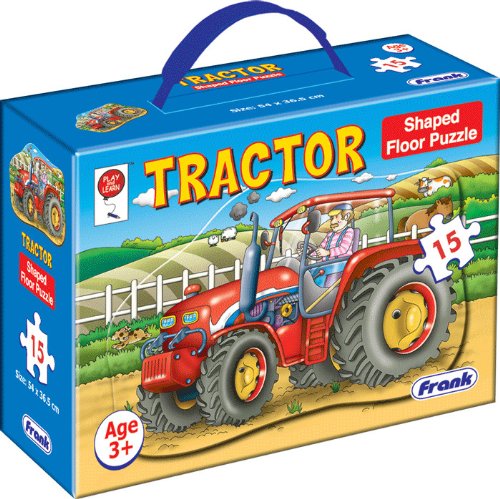 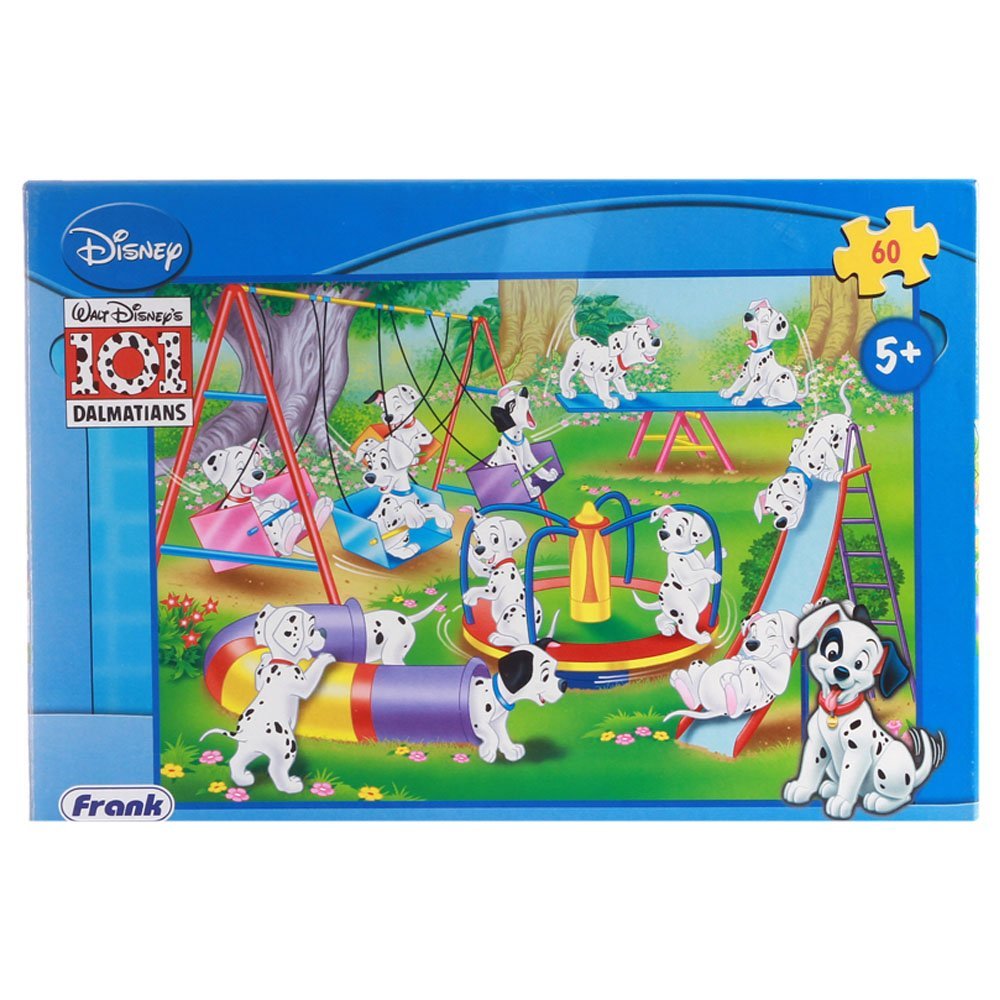 3. Map of India and Map of the World

These too, come under puzzles, but I’ve put them as a separate category, because this really helps give children an understanding of geography. The foam pieces are great for the children to feel the shape of the country/ state and slowly start recognizing it. When I do this puzzle with my kids, we talk about the different people they know who live in the different states of India or countries of the world. When their interest starts to increase in the different states and countries, we look at videos online which really expands their understanding of the world around them. 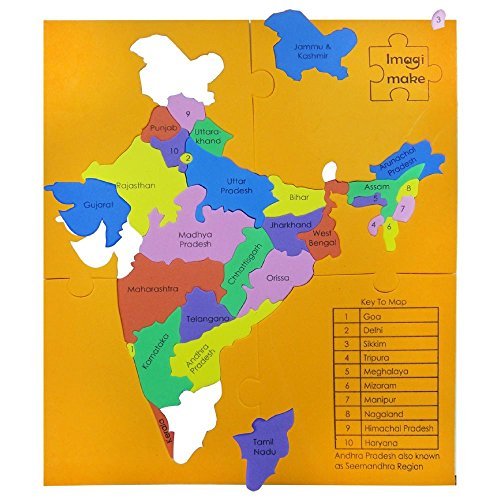 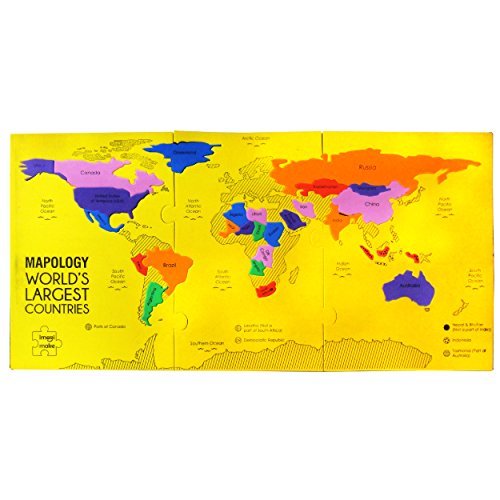 Clay is a must have toy for every child! The texture of clay and the different shapes and figures that they can make, makes clay a very exciting toy for kids. They can spend hours playing with clay. There are many different sets available and you can slowly start building a collection of shape cutters, forms and other things for them to play with. If you want to make lots of clay that hardly costs anything, please check out the post on home made clay. 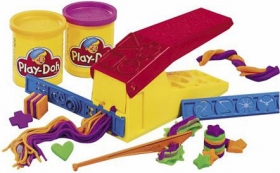 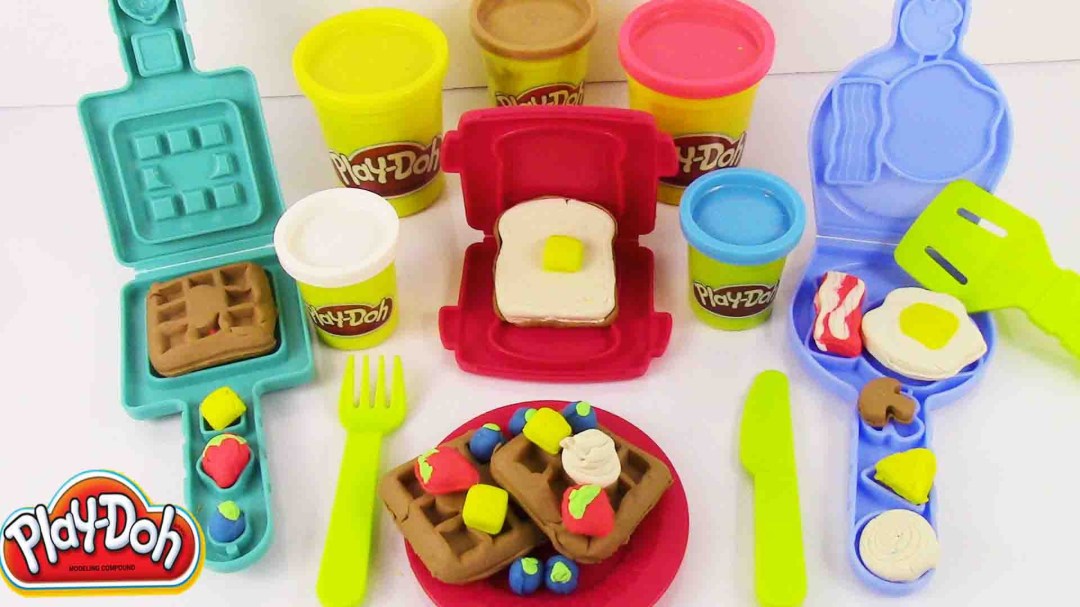 Children can create different patterns and designs with these colourful magnets. Its great for their fine motor skills, imagination and creativity. 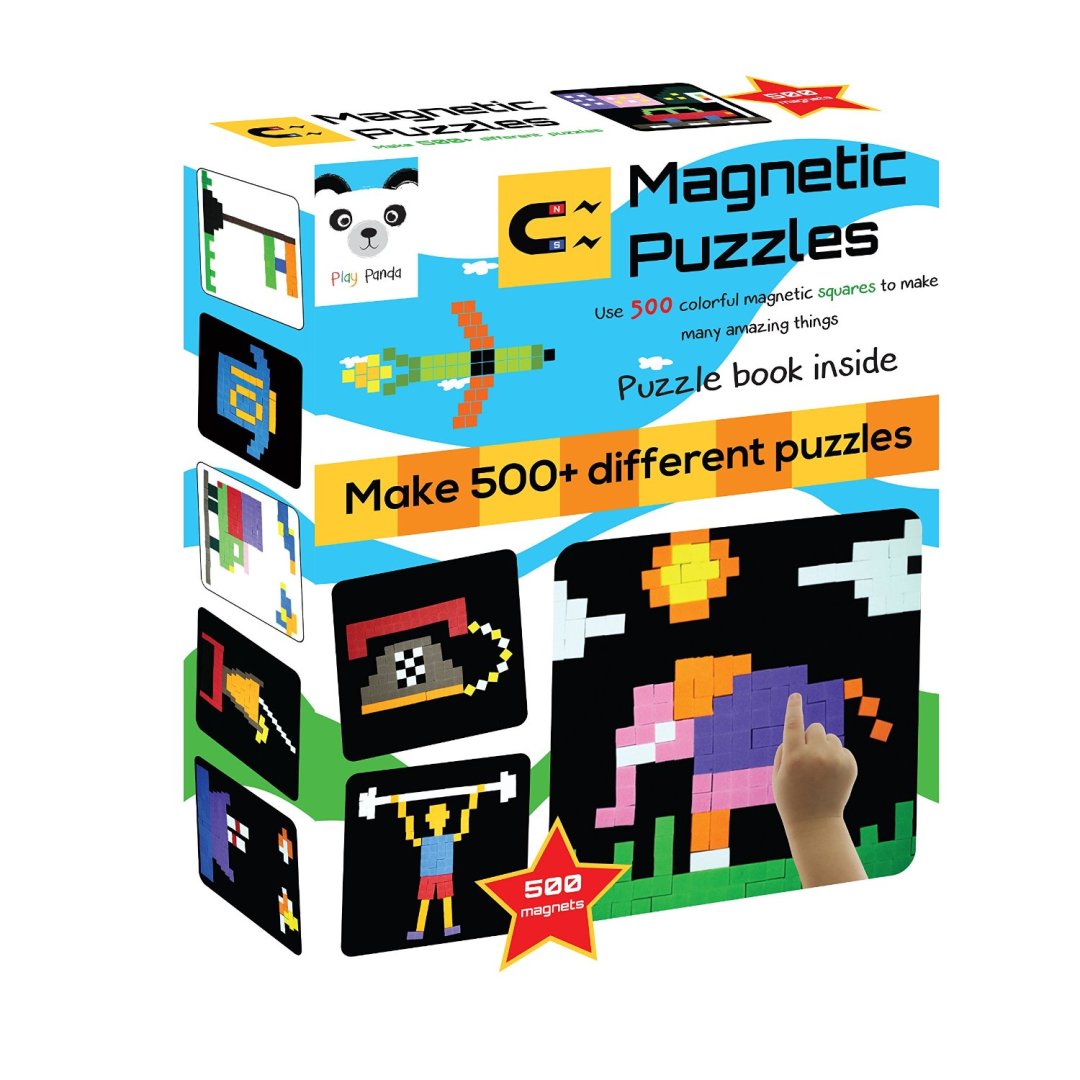 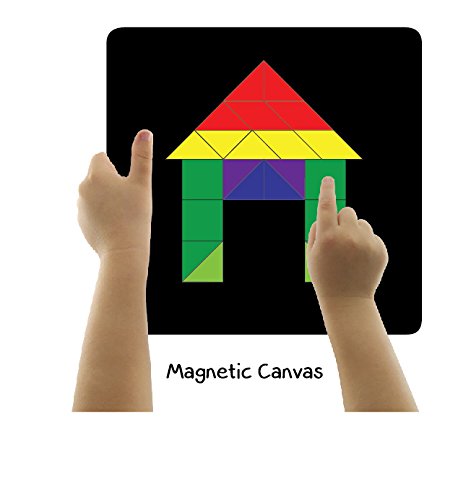 This is something, that though expensive is one of the best toys for children. Its definitely worth the investment and you can slowly build up a good collection of blocks. Besides fine motor skils, children also learn prenumeric skills, math – addition, subtraction, sequencing, etc. without even formally teaching it to them! And that’s not all, they learn problem solving and their imagination and creativity is developed. So it’s not just blocks, but a toy that helps all round development.

I’ve listed a few blocks that are great for little hands, but I would suggest you buy one and then keep building on the same collection by buying more sets from the same company. By far, the best in this lot is Duplo, but its unfortunately the most expensive. I strongly recommend though that just as you invest in good education, fancy clothes and other gadgets for your kids, invest in this, the returns are much more than you will realise!

(These are great for 1 ½ – 2 ½ year olds, because they are big and fit well into each other, but the scope is limited because they don’t have figures, animals, etc. that duplo has) 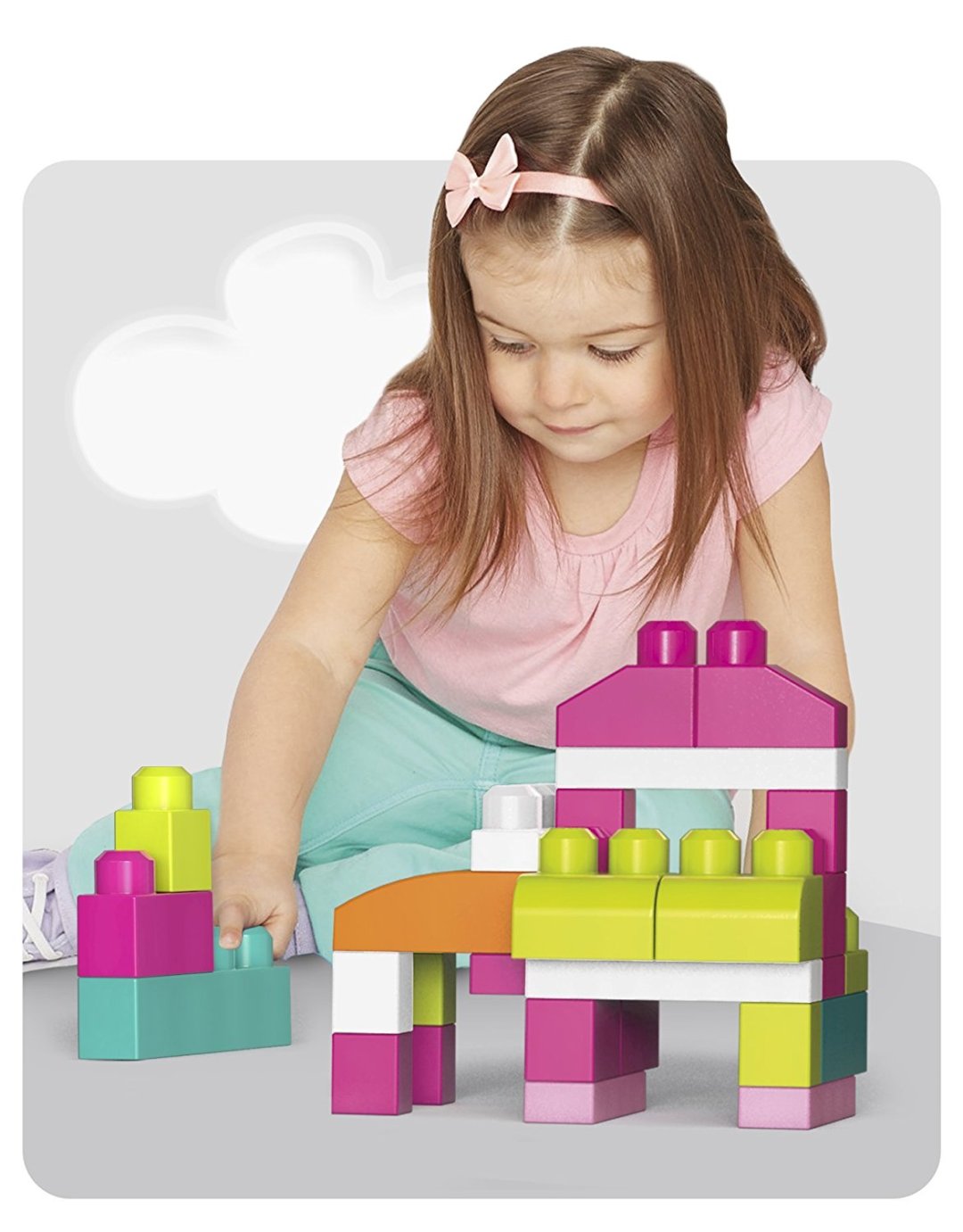 Imported blocks that are of extremely high quality that can be passed down from generation to generation! They come in many different sets like zoo, park, home, etc. and have lots of different figures. Great for imaginative play. 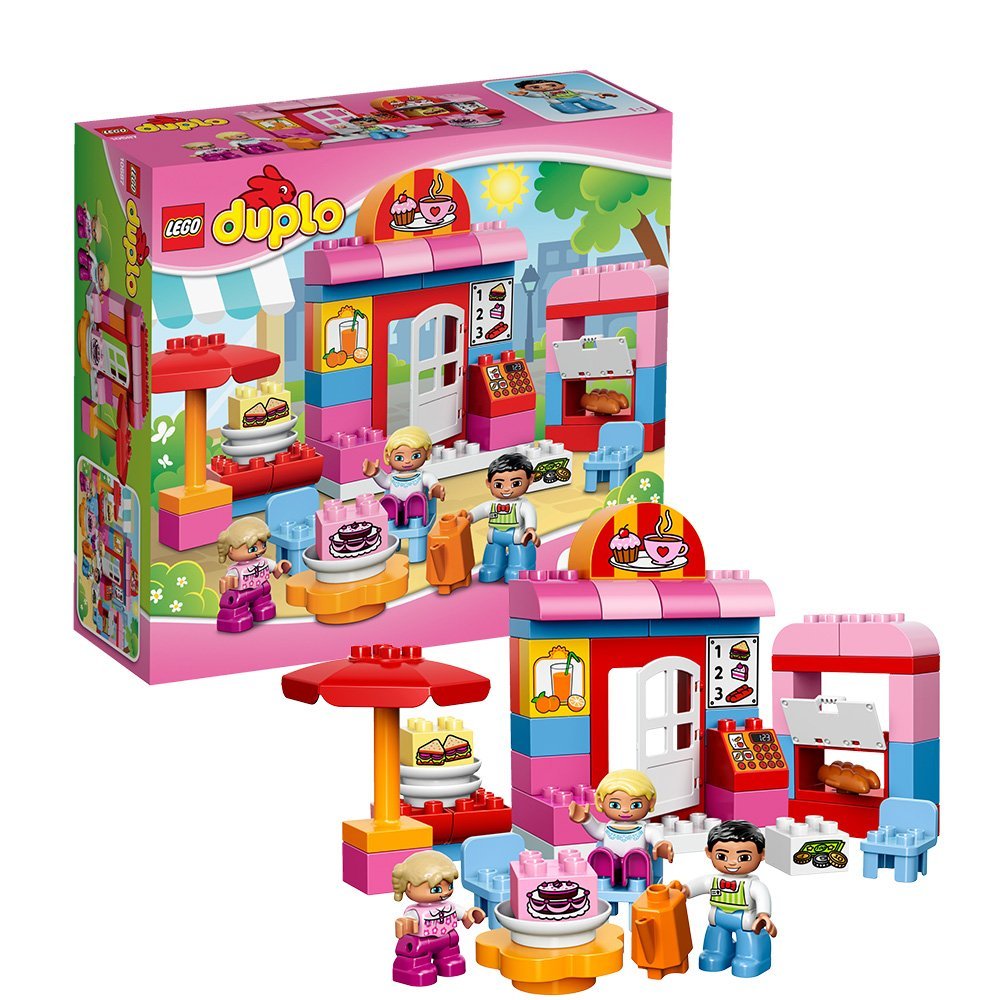 This is an imitation of duplo. The quality is not that great, but it is much cheaper. If you can invest in a basic set of duplo, you can buy the animal and park JDLT sets to increase your collection. 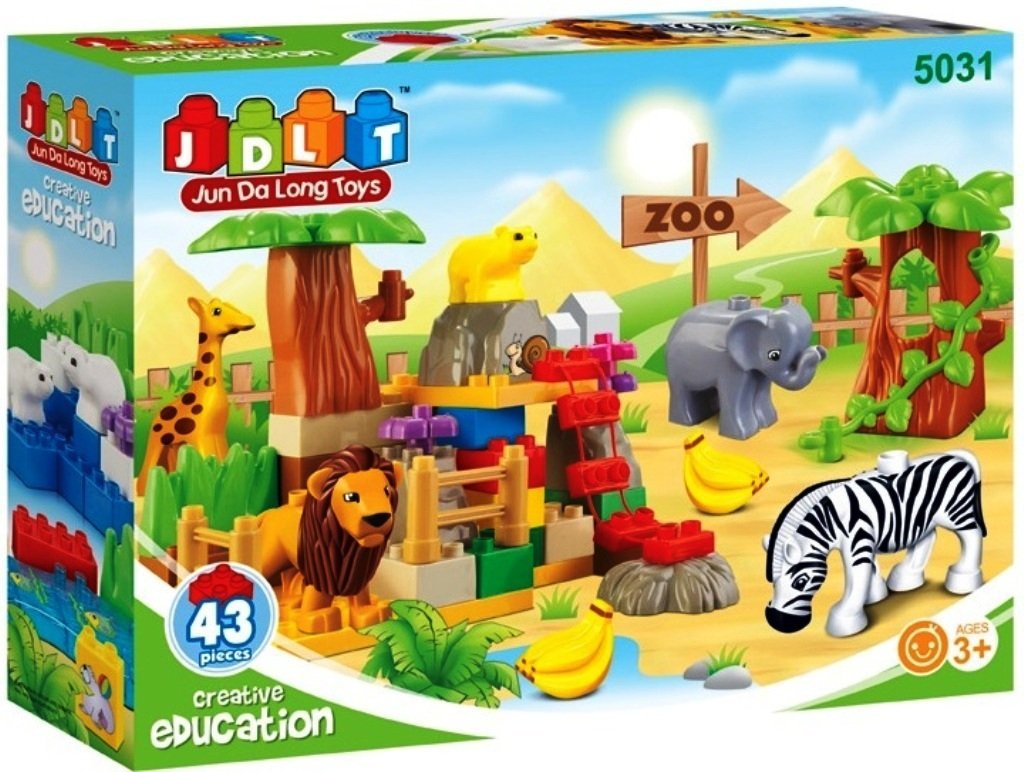 This is another toy that almost every kid enjoys. Since with all the immunizations and doctor visits, the doctor is so part of the child’s life, that they love pretending to be doctors and this is a great game for communication and social skills. If they have other siblings or kids who they play with, they will enjoy this a lot. But even if they are the only child, they love making their dolls and parents their patients! 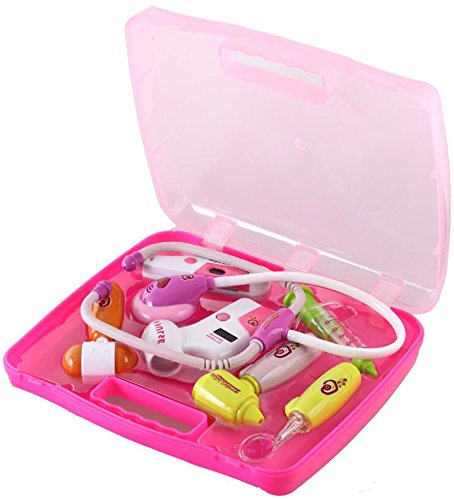 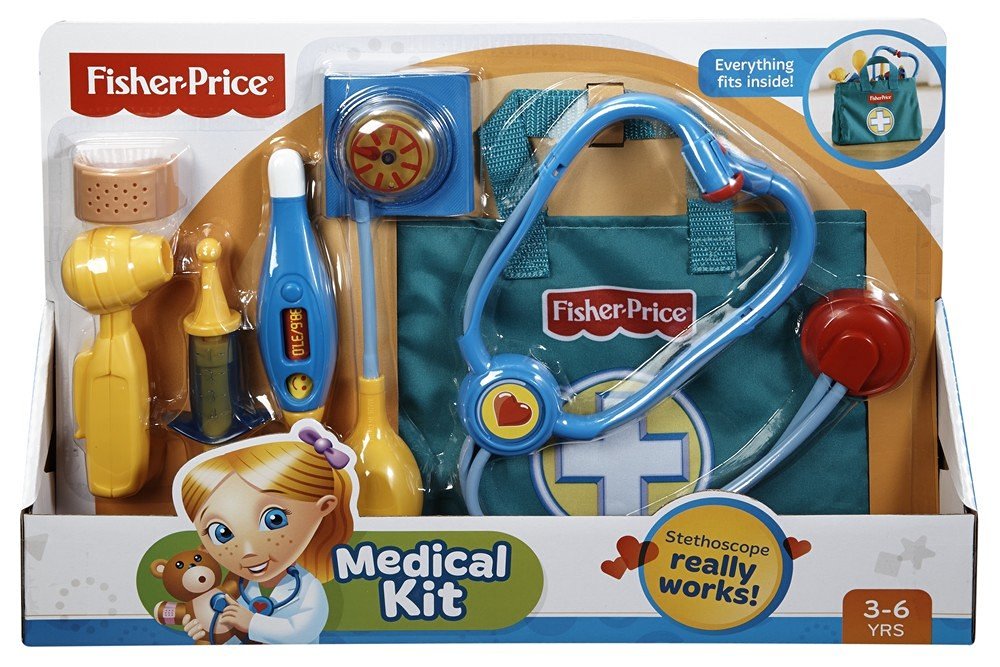 There’s something about writing with chalk on slate! Its great for the prewriting skills and the child’s creativity is expressed through their drawings. Coloured chalk is available in most local stores. 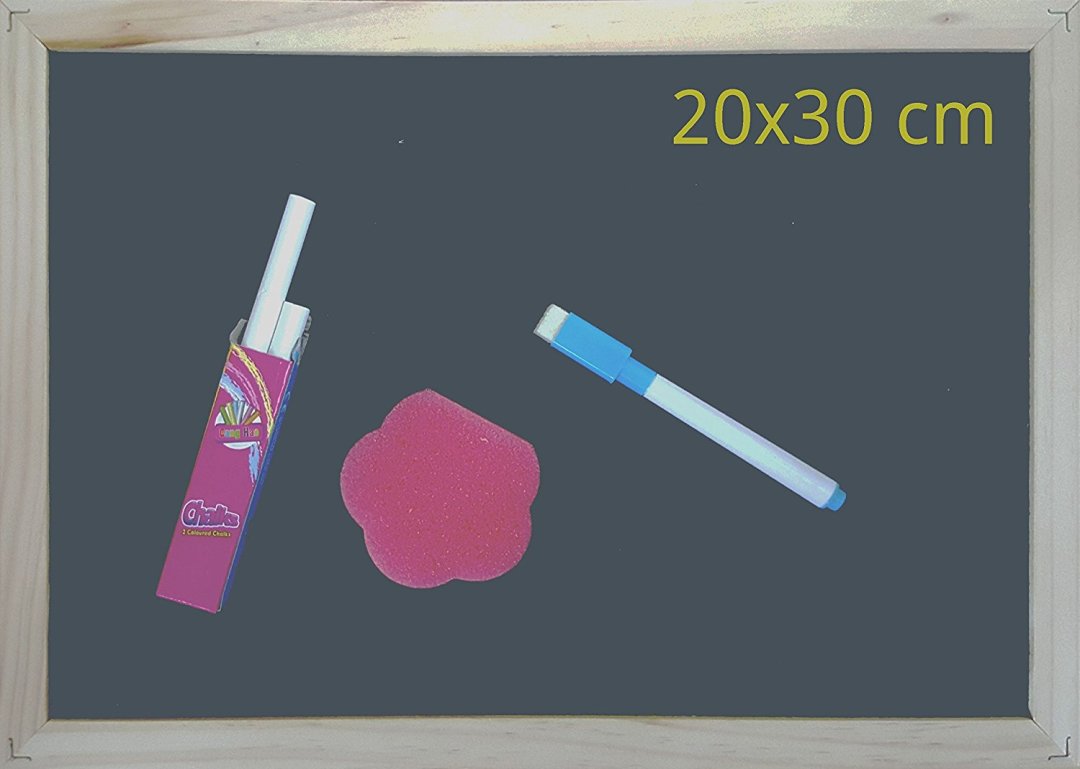 Most children love animals and these plastic toys are great for their imagination to run wild. It develops thinking skills and spatial awareness. 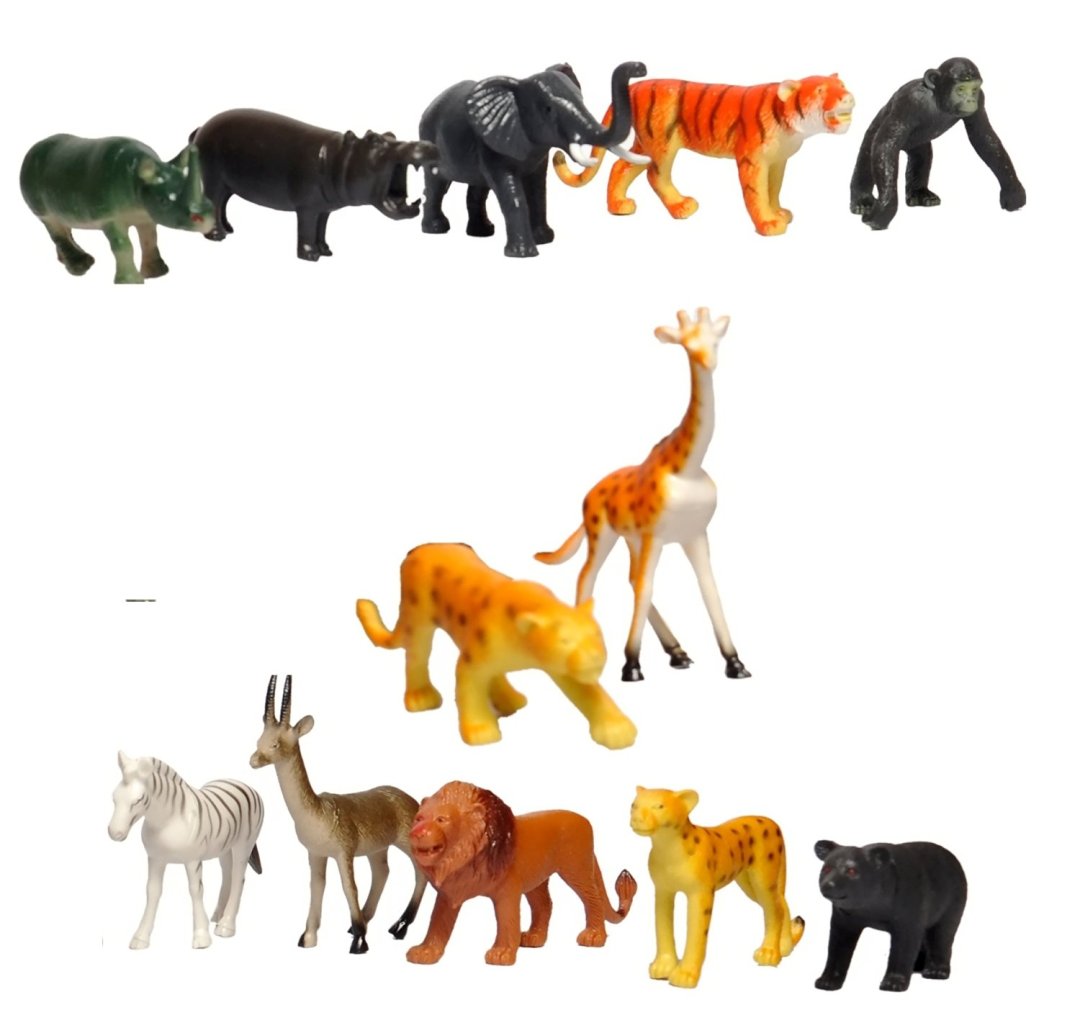 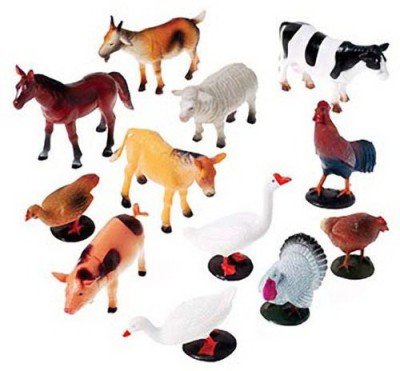 Jenga is a great game for kids. It’s a game that’s fun for both kids and adults together. Their fine motor skils, logical thinking, concentration and perseverance are developed through this game. But besides the actual jenga game, kids use these blocks to build different structures, homes for their animals, etc.  It really helps develop their creativity and imagination. 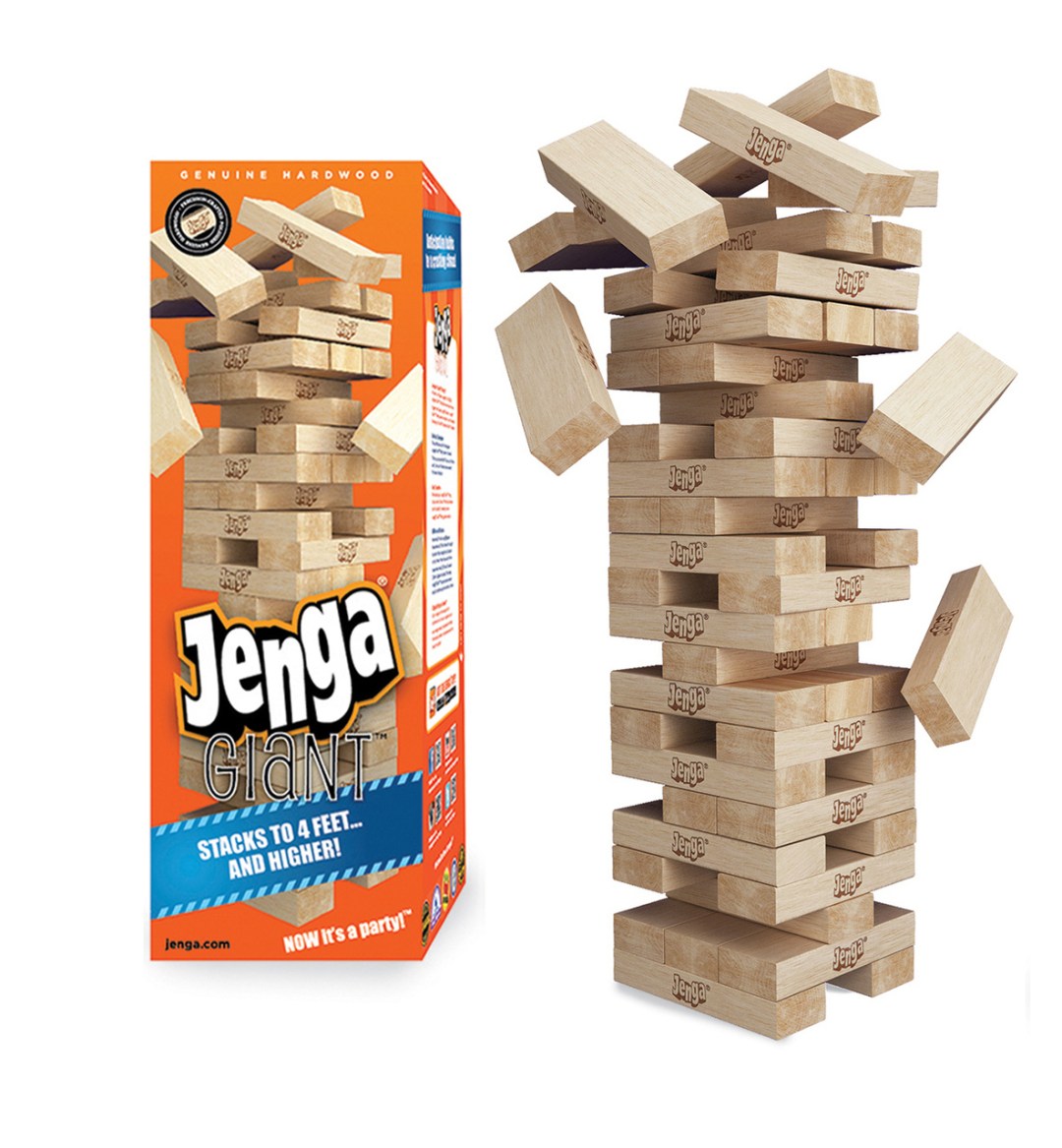 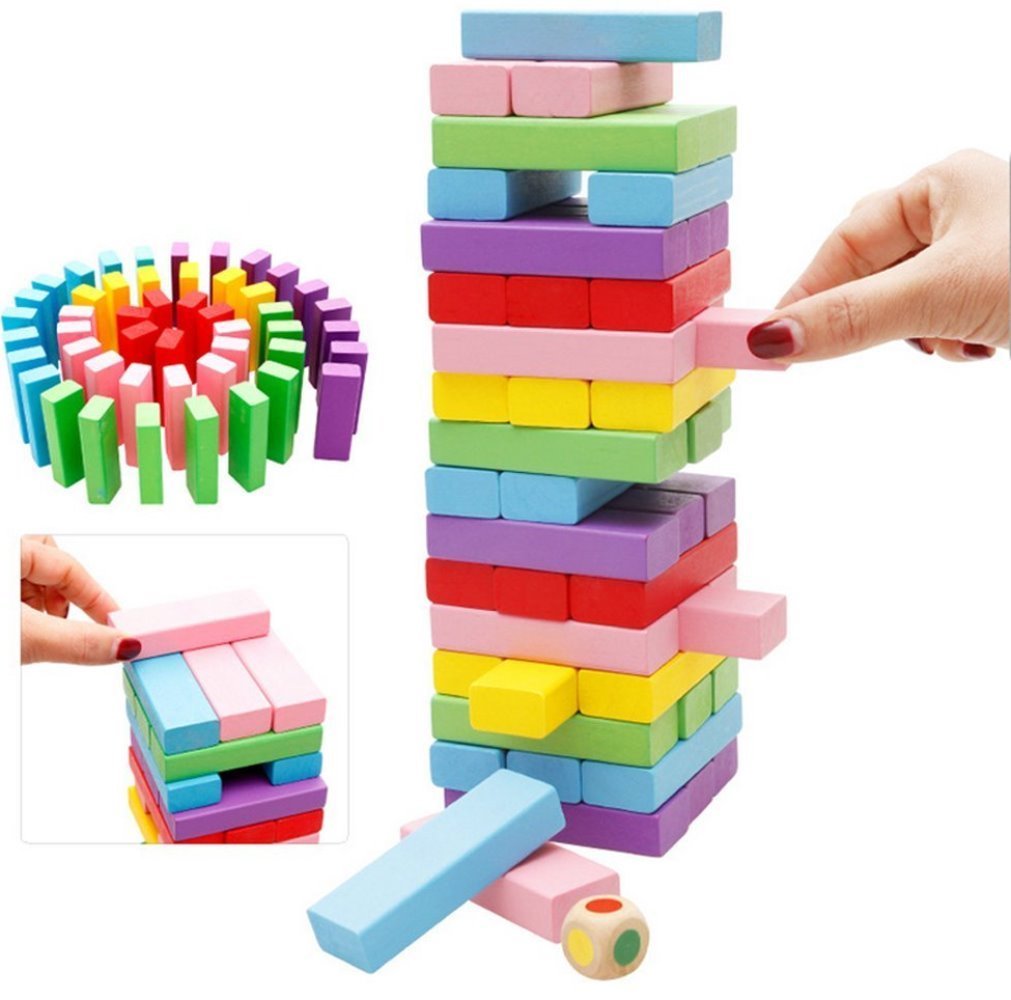 This again is a bit expensive, but if you have the money and space, this is such a fun toy for kids. If you want to see them squeal in delight when they open a gift, this is the gift to buy. They can spend hours playing in a tent. It develops their imagination, social skills and communication. 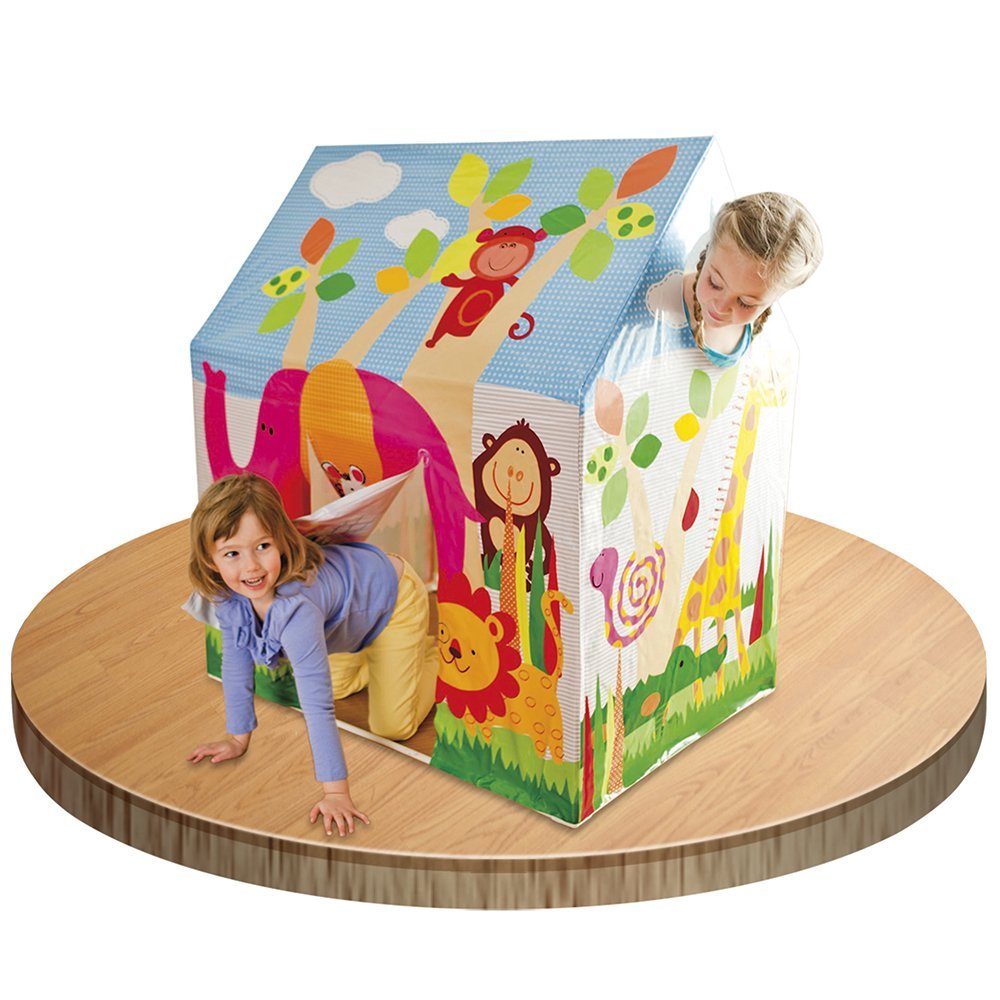 Colouring is so good for children’s fine motor skills. It’s a great prewriting skill and helps to develop good handwriting. Its very therapeutic and helps in emotional development as well. It strengthens concentration and helps to develop perseverance. My favourite medium for preschoolers is oil pastels, because even with a little pressure from those tiny fingers, you can get bright colourful pictures. 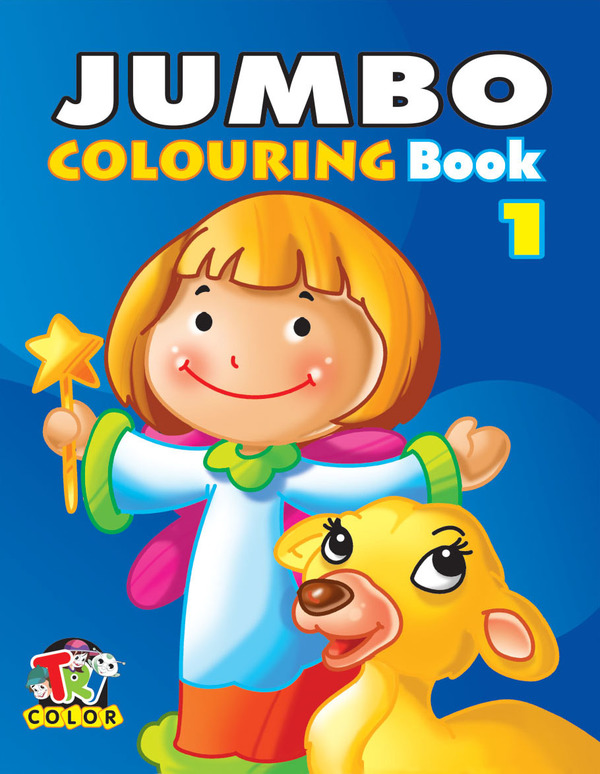 These are just a few toys that I’ve found very good for preschoolers. There are loads more great toys in the market! If you have any to add to the list, please do mention it in the comments below.

Disclaimer: I’ve put amazon links because I find it cheaper and I normally do my online shopping from there. But there are also other sites like flipkart and snapdeal that have some good deals on toys. I don’t get any royalty if you click on the links 🙂